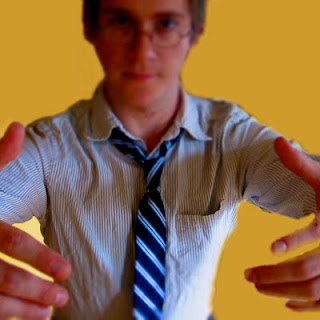 Presented at the 2010 Minnesota Fringe Festival and directed by Laura Holway, this performance piece showcased the talents of actor, writer, and filmmaker Ben McGinley. McGinley described the piece as "an investigation of adoption, addiction and solitude... rich in image, projection, dance and soundscape".

I came aboard as sound designer for the show, as well as location recordist and post sound mixer for the opening video segment.

As well as the recording and editing of many voiceovers, my main focus was the crafting of three special sound cues:

TRAIN: Travel is a frequently deployed metaphor in the piece, so the slightly surrealized sound of a train was requested. I montaged and subtly scrambled elements of recordings I'd made of trains in central Ohio, Delhi, and my recent honeymoon (en route from Seattle to Vancouver) to give the listener the impression of being both inside and outside the train at once. mp3

IN UTERO: Themes of adoption and addiction (to nicotene, in this case) intertwine throughout the play. McGinley wanted a soundscape to evoke the womb of his birth mother, and for us to hear warped impressions of her lighting cigarettes, inhaling, exhaling, and speaking simultaneously. Here's what we wound up with. mp3

CONVENIENCE STORE: An inebriated visit to a convenience store operates as a metaphor for life's searches, choices, memories, and regrets. To create this environment sonically, I montaged recordings I'd gathered of establishments in Portland, OR and Minneapolis. mp3

Close to the top of the show, McGinley imagines his birth mother and father meeting at an airport bar and discussing how much kids irritate them. For this segment I recorded on-set audio, edited the post sound and arranged the piano jazz you hear in the background.

Upon seeing the show, I was amazed at how much further editing Holway and McGinley accomplished with the audio-- I have to say they were as responsible for the sound design of the show as I was. Nice work, guys. Always a pleasure.
Posted by juniorbirdman at 10:31 PM No comments: