I recently scored this promo for the web series Theater People (I'm also the composer for the series itself). Writer/ director Matthew Anderson wanted to spoof the ubiquity of the hug as a greeting among theater folks.

The temp track in use was no less than The Charleston-- Anderson is a big fan of Woody Allen's vintage jazz scores-- so all I had to do was simulate the playing and compositional style of James P. Johnson. No problem!

Kidding aside, I'm pretty happy with how it came out. With some help from the modern miracle of MIDI programming, I was able to emulate Mr. Johnson's stride piano stylings and create a piece which, if not a soundalike, at least evoked the mood Anderson was looking for.

We lope along in a major key till the conflict emerges-- a theater guy meets a non-thetaer guy and challenges him to hug, dragging the non-theater guy outside his comfort zone (the kind of negotiation my friend Al and I like to call "hug fu"). I dip into a minor during the challenge, but hey! Everything comes out all right in the end. For the theater people, anyway...

Posted by juniorbirdman at 11:37 AM No comments:

Ganesh Versus The Third Reich 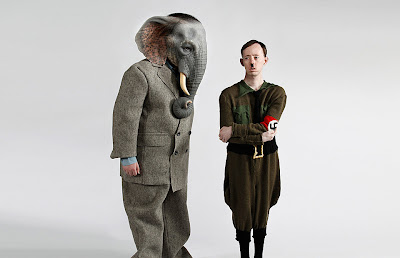 Just to get this off my chest: if you ever buy tickets for a show at Walker Art Center's McGuire Theater, beware the peripheral seats in the balcony. Maybe there was a warning about obstructed viewing on the web site-- it would not be shocking if I missed that-- but obstructed the view is, to the point where I'm not sure why they even sell the seats.

Anyhow, this evening of experimental theater by the Australian company Back to Back Theatre managed to satisfy nonethemesss. The basic story concerns the Hindu deity Ganesh's quest through time and space to reclaim the swastika (a symbol associated with Ganesh, and a benign artifact of many Asian spiritual traditions) from the Nazis.

This narrative quickly unravels as it spins off into a parallel depiction of the theater company putting together the show. Back to Back's mission involves presenting work by "people who are perceived to have a disability", and a great deal of the meta-plot examines this mission, both in terms of the audience's potential interest in this phenomenon and the potential power dynamics between the "director" (played by an actor) and the "actors" in the show. So the piece dissolves into the fluidity of an actor playing a character who's playing another character, and so on.

Sporadically we plunge into vignettes from the Ganesh story line-- shrouded in layers of diaphanous plastic sheeting, stark cutout set pieces, and misty lighting. The eerie look reminds me of the video game Limbo, and appears to emerge from the same set of influences:

It's easy to say that the conceptual conceits of the show have all been "done before", though I'm not sure that's true-- there are many awkward and unsettling moments in the show that left me wondering what exactly the agenda was, which I imagine was intentional. I appreciated that the mission appeared to be stirring up questions rather than hammering home a message. And anyway, "Cat on a Hot Tin Roof" has been done a million times and I'd still go see that again.

I'll conclude with assorted thoughts from artistic director Brue Gladwin, as quoted in the Walker's magazine:

"We presented a work a few years ago at the Walker called Small Metal Objects, which took place in the Minneapolis Sculpture Garden. The audience had headphones and the actors were radio-miked, really discretely, and they blended in the crowd in the garden. When the show started, you heard two people in dialogue, but you would look at maybe 20 people who were walking through the garden and you’d have to work out who was having this conversation."

"We’re interested in that point that creates a situation where people do think about the strangeness of their own thoughts. And as much as the work brings people together in some sort of understanding of what humanity is, it also separates them. It creates a sense of division and debate... It’s not a specific kind of didactic message."

Posted by juniorbirdman at 11:44 AM No comments:

Thanks for Mr. Fab over at Music for Maniacs for hipping me to this (evidently new) podcast "highlighting the wonderful world of organizations and religious cults that practice mind control techniques and the weird, awful music they produce." The stuff I've heard so far is, indeed, harrowing.

Posted by juniorbirdman at 1:10 PM No comments: 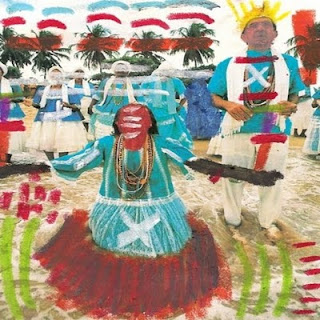 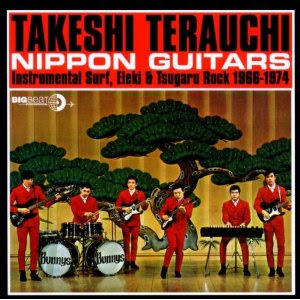 Nick Cave & Warren Ellis, "The Assassination of Jesse James by the Coward Robert Ford (Music from the Motion Picture)"

Posted by juniorbirdman at 12:48 PM No comments:

My piece "Copacetic Hermetic" featured in a "chance collaboration" with choreographer and teaching artist Alison Anderson Holland. The piece is called "Mesh", and allows the viewer's choice on which score accompanies the dance. Pick me! Pick me!

Posted by juniorbirdman at 2:39 PM No comments: