Great post on WFMU's Twitter feed today: A chart listing names of musical instruments in a bunch of different languages. How did we live without this before?

Posted by juniorbirdman at 8:20 PM No comments:

I've been marinating in some melodic weirdness lately... 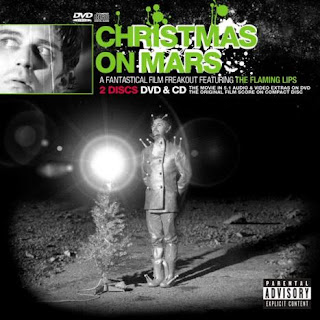 The Flaming Lips: Christmas on Mars

I still haven't heard the Flaming Lips' new album, "The Terror", though I'm looking forward to it. In the meantime, I've finally taken the plunge into the soundtrack to their movie "Christmas on Mars". Still haven't seen the movie, either, and I almost don't want to, since this record fills my head with otherworldy imagery all on its own.

Artful sweeps, pulses, echoes, flourishes, and sparkles perfectly evoke the dread of outer space. The music swims in a murk that suggests strategies orchestral, synthetic, Mellotromatic, and who knows what else. It's frightening and wondrous in ways that encourage repeated listening. Come to think of it, the phrase "Christmas on Mars" sums up the Lips' music in general. I think this is my favorite album of theirs so far. 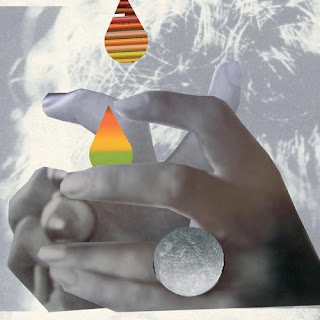 I'm a longtime Broadcast fan, though my listening has rarely gone beyond the casual. I've often thought, "I need to sit down and really dig into this stuff sometime." With the recent passing of singer Trish Keenan and the emergence of the "Berbian Sound Studio" collection, they've been on my mind again.

I've finally given a closer listen to the "Future Crayon" album, which it turns out is a rarities and B-sides compilation-- never realized that before. It sounds much more unified than that, and in fact is really well curated and programmed. All the material balances hummable melody and compact pop arrangements with outre sonic exploration, and over its course the record delves further and further into a spacey weirdness that eventually dispenses with vocals altogether-- a choice I wish more bands would make more often. 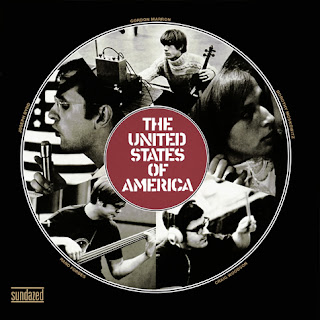 Looking into Broadcast's background, it doesn't take long to discover that their sound is modeled after that of late 60s rock experimentalists The United States of America, yet another band I've been vaguely aware of but have missed the boat on all this time.

I love this stuff! Again, a great balance of the mellifluous and the bizarre. It's truly psychedelic material: the lyrics range from the abstract to the cleverly satirical, and the variety of instrumentation, meter, and studio techniques are truly out there, way beyond simply drenching a conventional rock arragement in some effect or other. (Though I will say the use of ring modulator is really cool.)

I believe this is their only album, but I feel blessed to finally hear it.

Posted by juniorbirdman at 12:21 PM No comments: 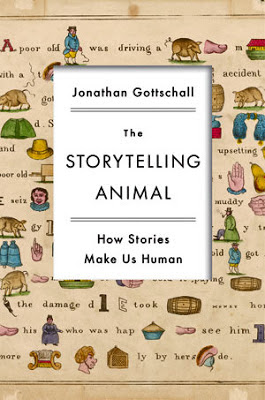 In my line(s) of work, narrative often plays a major role. But I've often found the whole mantra of "it's all about telling stories" to be a bit lazy. I get the feeling that, if pressed, a lot of folks might find it hard to say exactly why telling stories is important, or even why there's any point to it at all. I know I would, anyway.

"Real life" generally lacks real closure, except for the the sort of finality we'd rather not dwell on. To be sure, narrative comforts us by funneling experiential cacophony into easily digestible capsules-- structures with closure. But is that all there is to it?

I've always been just as attracted to design elements as I have been to story, and I reject the notion that linear narrative art is somehow superior to experimental approaches to time-based media. To abandon or sideline linear story is more challenging to the audience, yes, and potentially not as viscerally engaging, but these aspects don't necessarily equal a reduction in quality as far as I'm concerned.

Still, I have to admit that after a hard day's work I'm more easily captivated by a well-told story than by... something else, and there does seem to be an elemental appeal to a tightly constructed narrative. Jonathan Gottschall's recent book The Storytelling Animal delves into why that might be.

I won't say that The Storytelling Animal is exhaustive. But it's definitely wide-ranging, insightful, and readable in an NPR kind of way. Unfortunately, Gottschall does fall into the trap of mistaking the appeal of narrative as a value judgement against experimental strategies. But as the book proceeds, some terrific scholarship gets underway.

Gottschall posits storytelling not as a luxury, nor as even as a cultural phenomenon, but as a crucial neurochemical and evolutionary process. Since research shows that most dreams actually do have a conflict resolution/ problem solving structure, he contends that dreams may in fact imprint a narrative grammar on our psyches to prepare us for real-world challenges.

He argues that mythology and religion tend to consolidate group identity by offering tales of heroes whose exploits embody that community's values. And he contends that despite the rise of electronic media and the decline of literature per se, constructed narrative still reigns supreme in our media experience-- whether by means of dramatic series and miniseries, reality shows, election coverage, sporting events, or even song lyrics. He goes so far as to touch on conspiracy theories as a reservoir of speculative storytelling.

He also observes that children's games, even those they make up themselves, tend to be narrative-driven-- evidence that narrative may operate as a rehearsal strategy for the confrontation of real-life conflict-- and that gameplay tends not to disappear with adulthood but merely to funnel into more mature outlets. One of the book's most fascinating passages examines the persistent popularity of video games, RPGs, LARPing and the like, delving a bit into the World of Warcraft mythos to explore the notion of games as interactive stories.

And by the way: for further reading on this last range of topics, I highly recommend the series First Person, Second Person, and Third Person, available from the MIT press and edited by Pat Harrigan and Noah Wardrip-Fruin.

Posted by juniorbirdman at 7:32 AM No comments: 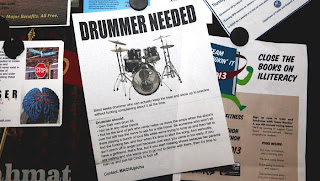 Posted by juniorbirdman at 2:18 PM No comments: