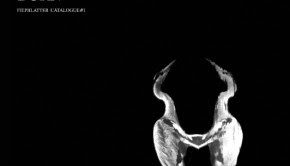 As my friend Charles said once, "emusic is a great way to hear music it turns out I didn't need to hear." I sample all kinds of stuff that sounds like something I'd like to hear at full length, only to discover that no, in fact, I wouldn't. So in that context Jan St. Werner's "Blaze Colour Burn" is a real treat, given that it rewards not only repeated listening but even just one listen in the first place.

I have, in fact, been listening to this release a lot lately. It belongs in a sub-genre of ambient music the name of which I don't know: one of physicality and plasticity, as opposed to ethereal reverberation. One experiences signals as discrete modules as opposed to diaphanous clouds. Melodies, harmonies, overtones and percussive fragments creep along slowly, sometimes lurching askew in unexpected directions, sometimes drifting into slow motion progressions. The source sounds could be anything tonal, though I imagine electric guitar to be involved somehow.

I intentionally didn't learn anything about Mr. or Ms. St. Werner for a while, kind of cherishing the artist's anonymity and imagining that maybe s/he was my next door neighbor or something. But in looking around for an image to post here, I discovered that he's one of the guys in Mouse on Mars, of whom I'm a longtime fan. So duh. Of course I like his solo release. Here's some info on this release and others from St. Werner that appear to be on the way, written in a much more eloquent style than mine. Which, of course, doesn't take much.

Posted by juniorbirdman at 7:33 AM