"McFowl!" to screen at Square Lake Film and Music Festival on August 9th 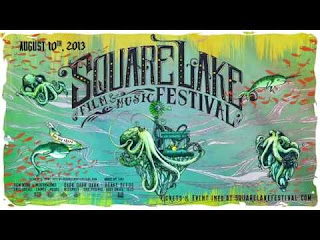 I'm pleased to announce that McFowl!, an experimental short film by Trevor Adams that I recently had the pleasure of scoring, will screen at the Square Lake Film and Music Festival on August 9th.

This film was originally commissioned as a part of Art/ Road/ Movie, a screening organized to premiere Kevin Obsatz's film Crazy Horse. So thanks for the initial causality, Kevin!

Find out more about "McFowl!"

Posted by juniorbirdman at 11:53 AM No comments:

The Other Side: Music and Sound Design for Animation

Another collaboration with Josh Stifter-- a short animation that addresses an age-old question. Be advised that this cartoon contains mature (perhaps "immature" would be more accurate) content!

I performed and recorded all the male voices, placed the sound effects, wrote all the music, and mixed the finished product.

This film was originally commissioned as a part of Art/ Road/ Movie, a screening organized to premiere Kevin Obsatz's film Crazy Horse. It also screened a few months later as part of Minnanimate 3. 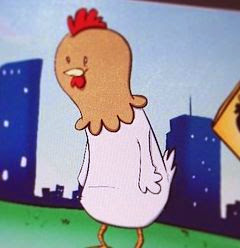 Posted by juniorbirdman at 8:36 PM No comments: 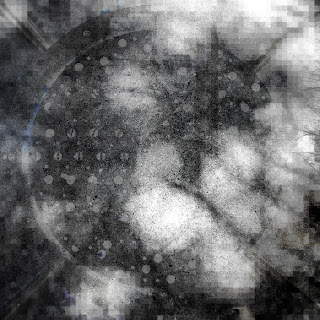 Earlier this year I created an atmospheric score for Josh Stifter's short psychological horror film "In Shadows". The music has now been released as a very brief EP by John Kannenberg's venerable net label Stasisfield down in Chicago. You can download the score (free!) here.

Best known as an animator, Stifter decided to try his hand at live action with a short filmed entirely in his home and written by his friend Dan Degnan. Degnan and Stifter embarked on a project integrating home movies they shot when they were kids; the premise of the film became a reunion of two friends (played by Degman and Keith Radichel) who assemble the footage for the funeral of a deceased friend (Stifter), discovering a hideous secret along the way.

Musically I kept things understated while adding an undercurrent of anxiety. I recorded a basic melody line using a Rhodes keyboard patch, then chopped up the resulting audio and manipulated it using a variety of scrubbing techniques-- fast forward, rewind, altered speeds, glitches and splices-- to evoke the random access of both filmmaking and memory.

Below: an audio playlist excerpted from the score. Enjoy!

Posted by juniorbirdman at 10:15 PM No comments: