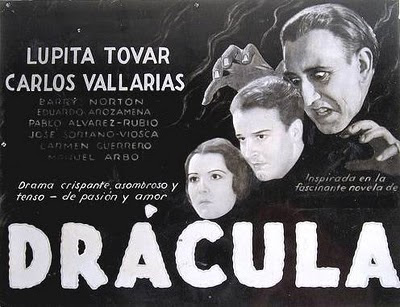 Dracula (1931) Spanish language version; shot on the night shift during the shoot of the Bela Lugosi version, on the same sets. Overall a better film IMO-- I'll write more about this one in the future for sure.

Dawn of the Dead (Original + 2004 remake)
Do I Sound Gay? (documentary)
Amy (the Amy Winehouse documentary; very much worth seeing)
Inside Out-- one of Pixar's best. See it!
Minions: I expected it to be dark and brooding, but boy was I surprised.
Hot Girls Wanted (documentary)
Twin Peaks-- refreshing my memory before the new series comes out. 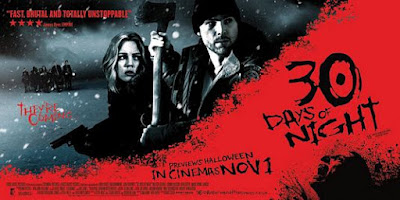 30 Days of Night: Definitely better than the comic, and as it turns out the author of the series was trying to get it made as a film from the git go. Not the greatest thing I've ever seen, but a way above average horror movie and enjoyable enough. Mostly wanted to check it out to catch up on my appreciation of Brian Reitzell's original scores, and it didn't disappoint in that regard. The vampires are limber, well choreographed and quite terrifying. I was most interested in the art direction of the town itself and how it was constructed/ rendered, which is amply recounted in the DVD extras. 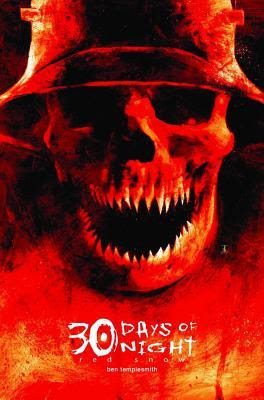 And by the way, as far as the graphic novel series goes I highly recommend 30 Days of Night, Vol. 8: Red Snow. It's a tale set on WW II's Russian front in winter, and it utilizes its setting resourcefully to provide an interesting twist on the vampire mythos. 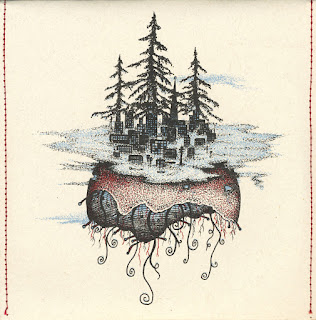 Love this stuff. Glitchy and blurpy; somehow murky and crisp at the same time. Hard to categorize, but the prefix “post” and the word “dub” have to be in there somewhere. Pole meets Lee Scratch Perry? Regardless of the tools used, the sound has a blunted analog flavor but a sophisticated digital feel. And no vocals-- an added subtraction I wish more artists would incorporate!

General strategy: pretty, chimey melodies backlit by shifting soundscapes of gently sculpted, protean white noise. Sometimes gets sinister and slow with pulses of (what sounds like) analog synth. Sigur Ros-ish sometimes, but better. Sometimes John Carpenter stops by to jam. Great sense of phrasing; tension/ release. Should be writing soundtracks if he/ she/ they’re isn’t/ not already. 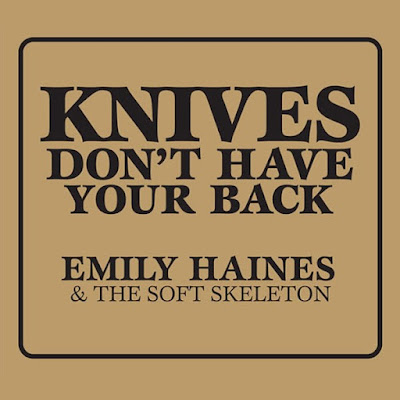 Emily Haines & The Soft Skeleton: "Knives Don't Have Your Back"

I've been listening to lots of Metric lately, geeking out on the elegant simplicity of the songs plus the impression that the person singing them is really smart. So I decided to delve deeper into Emily Haines' work. And I've been pleased by this album. Introspective songs, material that reminds me of Lisa Germano's late 90s output ("Slide", "Excerpts from a Love Circus") in its compositional integrity and production subtlety. Sometimes spacey in a way that reminds me of Syd Barrett or Clint Mansell's soundtrack for "Moon". Not all tracks kill, but enough do that it's worth the exploration. 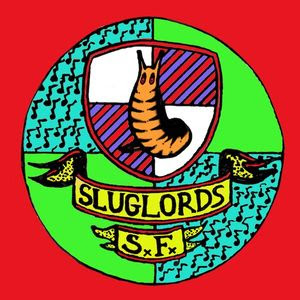 Used to have this on vinyl as "Trails of Slime" back in the day. Straightforward but still somehow ornate punk from this legendary Bay Area band. Found it recently on emusic... Same material plus live and bonus tracks. Good to hear this stuff again.

Posted by juniorbirdman at 10:31 AM No comments:

Bad Lip Reading, I contend, is one of the best things ever. Rarely have I laughed as hard as I have at this stuff.

The recent release of BLR's take on the first Repubilcan Presidential debate of 2015 shwocases just how ambitious the material has become:

The 2012 election was a time of great achievement for Bad Lip Reading. I highly recommend their treatment of Michele Bachmann:

The Walking Dead stuff is great too, so look that up if you're tickled by this material.

I have no idea who these people are, but they seem to have an awful lot of time on their hands. Here's hoping they keep getting that time. Because we need them now more than ever.

Posted by juniorbirdman at 11:06 AM No comments:

Do I Sound Gay?

Caught this documentary the other night-- really interesting. Do I Sound Gay? explores prevalent speech patterns among gay men. Featuring interviews with by David Sedaris, George Takei, Dan Savage, and Margaret Cho, the film ranges widely as it explores links between the voice and the self. 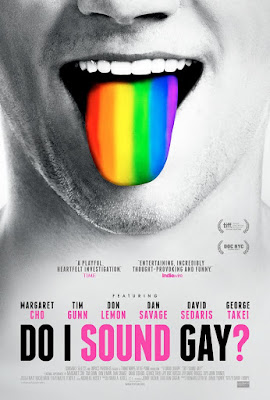 I certainly don't rate as an expert on any of the issues faced by the LGBT community. But I've recorded and edited an awful lot of different people's voices, and in listening to various vocalizations I've noticed a lot of subtle differences in enunciation and wondered what might be encoded in these nuances. This is where I really connect with the film. We hear from speech pathologists and a voice coach about the social significance of pronunciation strategies, and we even get to examine the waveforms of the protagonist's recorded voice at a couple of points. Fascinating. 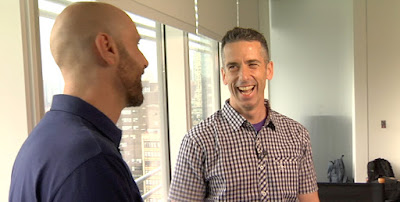 Mostly I just want to reommend this film, so I won't get too in-depth about it. But to focus in briefly: I was happy to see Dan Savage get to what I feel is a central matter here. The film acknowledges that the (stereotypical) intonation of gay male speech is often derided because it sounds like (stereotypical) female speech-- in a word, it's "effeminate". Savage has one word to explain the negative connotation: "misogyny". Again, this opens up a whole set of issues beyond my expertise or present space considerations. But I'm glad this film is encouraging the conversation, as I'd call it an important one to be had.

Posted by juniorbirdman at 10:04 AM No comments: 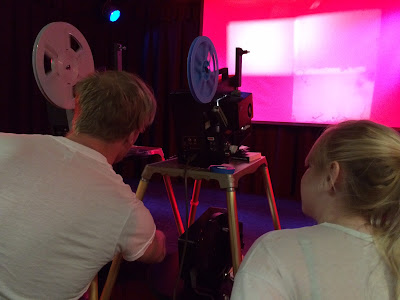 Cellular Cinmea is a regular showcase of experimental cinema curated by Kevin Obsatz at the Bryant-Lake Bowl Theater. If you're in the Twin Cities, you can catch a screening tonight! Here are the event details.

Programming varies widely, but tends toward the non-narrative and usually leans on material that's actually shot and/ or presented on film. There's often a physical and even performative element to the proceedings; I've seen some really cool multi-projector presentations there. It's fun to actually hear the projector whirring next to you as the film unreels. 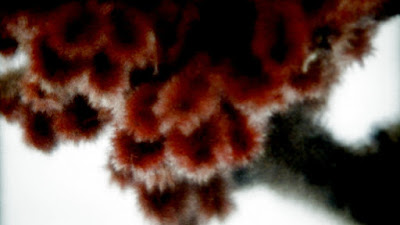 Posted by juniorbirdman at 10:19 AM No comments:

Some great "behind the scenes" audio of recording sessions for the "wah wah" sound cues used for adult speech on the "Peanuts" cartoons. Includes voices of people I assume are a director of some sort, plus the engineer perhaps.

Interesting that it's pretty much down to the interpretation of a single trombone(?) player, and no slouch of a player at that!

Mike Hallenbeck home page
Posted by juniorbirdman at 10:51 AM No comments:

"Out in the Cold" Trailer

I'm the sound designer for the upcoming documentary Out in the Cold from Thousand Pie Pictures. Here's the trailer:

Posted by juniorbirdman at 10:39 AM No comments: 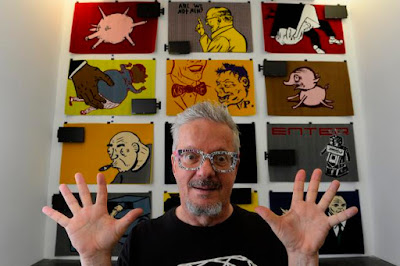 My friend Kevin recently took me to see the exhibition Mark Mothersbaugh: Myopia at the Minneapolis Institute of Arts. The show does acknowledge Mothersbaugh's recent film scoring work and pioneering experimental rocking with Devo. But it delves much further to explore his performance, visual and sound art, gathering an idiosyncratic body of work that I found tremendously satisfying to witness.

My favorite part of the show: the large-scale, automated sounding sculptures, which can be glimpsed in the video below. Simply put, these things blew my mind.

If you're in Minneapolis/ St Paul, you've still got some time to catch it. If you're elsewhere, this show may or may not be coming to a museum near you. I can't really tell, even by looking it up...

Posted by juniorbirdman at 9:56 AM No comments: 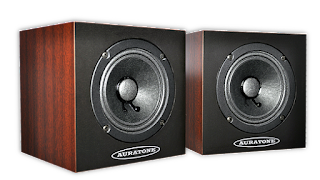 Back in the days of yore, "before cell phones and the Internet" as they say nowadays, recording engineers used to use Auratones to check what their mixes would sound like played back on a crappy, midrange-heavy system, as was (and still is) so often the case. If it translated through those speakers, there was a better chance that the mix would work in a wider variety of playback scenarios.

Sadly, these speakers have been unavailable for some time. So chumps like me have had to make do with Avantone Mix Cubes to crappify our mixes. I'm not sure how Avantone crappy compares to Auratone crappy exactly, but I've been pretty happy with the crappy. It's great to know that original is out there again though-- no idea how it measures up to its earlier incarnation, but I look forward to finding out someday!

Posted by juniorbirdman at 11:26 AM No comments: 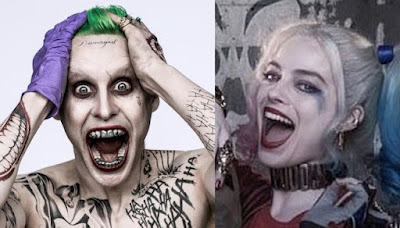 By now I imagine everyone's seen the trailer for "Suicide Squad", unveiled at Comic Con recently:

To be clear, this post will concern the aesthetics of trailers, rather than the merits of the films they promote. Especially in the case of "Suicide Squad", which-- despite the valiant efforts of this promo to convince us otherwise-- doesn't exist yet!

It's no secret that trailers for action-oriented films tend to lean on walloping hits and stabbing music cues, often relying in recent years on what I like to call The Blat. And while I enjoy the wallops and stings as much as the next guy, I'm even more enamored of a recent trend that seems to stem from somebody's idea: "Hey, what if we did the exact opposite?"

Hence the approach of the "Suicide Squad" trailer, which takes a decidedly low-key approach sonically. While none of the trailers under discussion here is devoid of booms, crashes, or ominous drones by any means, the heart of the musical score in this one ramps up with some light chimes and then settles into a quiet, plaintive vocal performance accompanied by wistful strings. As far as I'm able to tell, the score was assembled by trailer music house Confidential Music, and the singer is Becky Hanson. The song, it turns out, is none other than "I Started A Joke" by The Bee Gees:

Often stripped of sound effects altogether, disturbing and violent imagery stands in stark relief to the more delicate musical choices in this trailer. Given the prevalence of slam-bang promos and the punch-drunkenness they can induce, this more restrained approach makes a lot of sense as a strategy to stand out.

And speaking of D.C., it reminds me of how refreshing I found this trailer to "The Dark Night Rises" back before it came out:

This one was nice too.

Of course, as this person points out, the strategy of taking an "old" song and mellowing it out to create a different mood is already becoming a cliche; trailers for Terminator Genisys, San Andreas, and many others (see the comments in the above link) have employed this M.O. as well.

Thinking of the "Battlestar Galactica" reboot a few years back, and the trailer for "Battle Los Angeles" for that matter, there appears to be an emergent trend in epic visual narrative work to dump the sonic bombast and instead feature delicate quietness in contrast with the imagery. And while I'm all for bombast, it's always nice to witness alternative approaches.

Mike Hallenbeck home page
Posted by juniorbirdman at 9:15 AM No comments: