Sound Design + Music for Animation: Tim the Terrible Part I 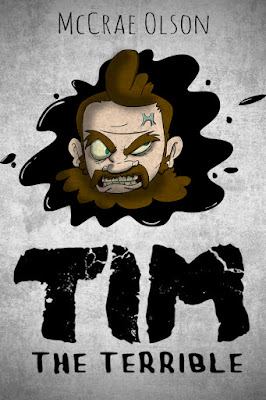 "Tim the Terrible" is a new animated series from Flush Studios. I've had the pleasure of working on several Flush toons in the past, and it's been fun to contribute sound design and original music to "Tim" as well.

Here's the completed version of Episode 1, "Birth of a Bender", which has already surpassed 10,000 views on Newgrounds as of this writing.

Several of my music cues are featured in this piece. During the opening theme that accompanies the face-off between Tim and Tormentuous, it's possible to sing "Tim the Terrible" along with the melody. What convenience!

A more cacophonous cue underscores a savage attack later in the episode:

Director Josh Stifter recorded most of the voiceover at his studio; his own voice performances included those of Tormentuous' wife Shelly and their son Benjamin. Tormentuous was voiced by Dan Degnan.

Stifter also recorded the vocieover for the title character, performed by McCrae Olson:

Sound design was accomplished by replacing a few temp fx with a combo of library assets and original Foley. The weapon hits, stabs and gore effects were mostly library, but there were points where subtle movement and impacts called for cues of my own.

Josh worked long hours on this piece; it's good to see it getting some recognition!

Posted by juniorbirdman at 12:21 AM