Andrew Hunt’s “Personal Space”, a short thriller featuring my sound design, won Best of Fest and a host of other awards at Z-Fest this year. It's now available online too-- see and hear it here.

Eventually I'll post some behind the scenes info about the making of this piece. But for now, enjoy!

What Jen's Been Saying In Her Sleep, March 2016

I've been posting these quotes on Facebook for a while, but given the level of interest I figured it might make sense to share this material with a wider audience. And so, with her blessing, it gives me great pleasure to offer you the latest on what my wife Jen has been saying in her sleep lately.

As a ground rule, you can assume that longer quotes are encouraged by my followup questions.

"Your baldness... it's like you're having to do a whole treatment plan... A porcupine... There's one right there."

"I'm saying all kinds of stuff... You have to register for a conference."

"Problem solving... a diagnosable problem... Gotta figure out where all that's coming from... Maybe you can write them all down... Do you need a little book to show you how to be with the kitties?"

"You should take a class on how to be with the kitties."

"It's all going in the same paper. Like the ones you don't know." [I asked for clarification on exactly what sort of "paper" she was referring to.] ""Like a paper with stuff written on it... like the regular library of people... Yeah. Go for that... That's what the establishment video is about."

"Yeah. You don't have to go anywhere... It goes along like this. Sets your identity up. There's all kinds of different ways. Two days. That's how it goes. More than two days is like a long period of time... That depends on who's writing these down. It's like their doctor writing things down, and if it was their mental health practitioner writing them down, then they'd do things differently... You don't have any hair. And I don't expect you to."

"Yeah, you're a little goldfish."

"Is your head a different shape? Your head looks lumpy."

And our grand prize winner this time around:

"Did you get any delegates?"

Mike Hallenbeck home page + contact
Posted by juniorbirdman at 10:34 AM No comments: 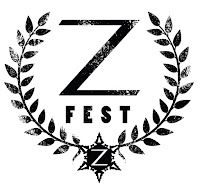 I'm honored to have been involved with Z-Fest’s “Best of Fest” winner for two years running. This year I created the sound design for Andrew Hunt’s thriller “Personal Space”, made by a team similar to that which assembled last year's "Clean Cut". "Personal Space" took home the top prize as well as the awards for direction, editing (hooray for Jeremy Wanek!), cinematography (hooray for Ryan Grams!), Best Thriller/ Horror/ Suspense, and Best Actress (hooray for Molly Ryman!).

View "Personal Space" in its entirety below:

I also served as sound designer, composer, and voice talent on Josh Stifter’s “10 Things You’ll Learn In the First Year Of Being A Dad”, which won the Specialty genre for animation.

I was honored to receive nominations for Best Audio/ Sound Design on both films, thus garnering 50% of the nomination in that category!

Congrats to all the nominees and winners, and thanks to everybody who helps put Z-Fest together!

Mike Hallenbeck home page + contact
Posted by juniorbirdman at 10:12 AM No comments:

Ted Cruz Calls For A Ban On The Satanic Tritone

I do so wish this were true, though it turns out to be a hoax: according to this post, Presidential candidate Ted Cruz has called for the elimination of the "Devil's tritone" from all music.

This intricately worded article not only builds a convincing narrative, but supports it with (fictional) quotes that ring entirely true when imagined as spoken in Cruz's own voice.

Mike Hallenbeck home page + contact
Posted by juniorbirdman at 9:29 AM No comments:

Short films featuring my sound design and/ or original music screen across the nation this week, from L.A. to Fargo to two Minnesota cities. Here are some details on where and when: 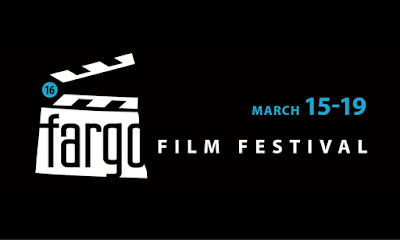 Matthew Anderson's short romantic comedy "The Caper" screens at the 2016 Fargo Film Festival, featuring an original musical score by yours truly. Consult the link above for details.

"The Caper" premiered at the 2015 Twin Cities Film Festival, where it received an Honorable Mention for the Audience Award. Here's a highlight reel of my original score:

Here's a playlist of my music featured in the film:

As advertised, both of the short films I worked on as part of the Twin Cities' Z-Fest have earned nominations not only for Best Audio/ Sound Design, but also Best of Fest (as well as other awards). The Best of Fest Screening and Awards Gala happens this coming Thursday March 17th at Mall of America Theatres (screening) and Radisson Blu ballroom (awards). more info

Some details on films featuring my work at Z-Fest:

A short animation by Flush Studios' Josh Stifter, this piece takes a lighthearted look at the early days of fatherhood. I provided an original musical score rooted in music box melodies and pedal steel voicings; the latter undulate to accompany each number as it appears. I also assembled sound design that's heavy on the squishes and squirts appropriate to the subject matter. And I performed the narration voiceover too!

"Personal Space" is a tense thriller directed by Andrew Hunt. I conjured lots of squeaks, creaks, fumbles and scuffs within the sound design to heighten the mood. This film reunites much of the team that brought about last year's Z-Fest champ "Clean Cut", with some nice new additions; Nathaniel Levisay's taut score, for example, was a real pleasure to work with. 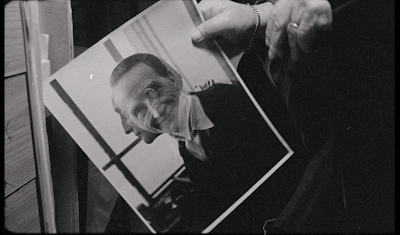 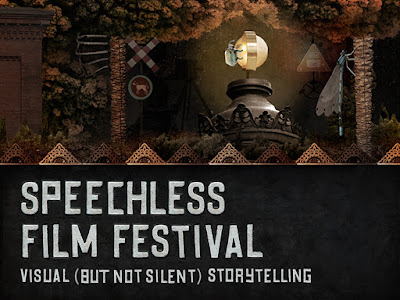 And last but certainly not least, Josh Stifter's "10 Things You'll Learn In The First Year of Being A Dad" (see Z-Fest listings above) will also screen this weekend at Speechless Film Festival in Mankato, MN, an intriguing event that promises "visual (but not silent) storytelling".

Thanks to all the collaborators and festival volunteers for helping bring this work to an audience! Much appreciated. 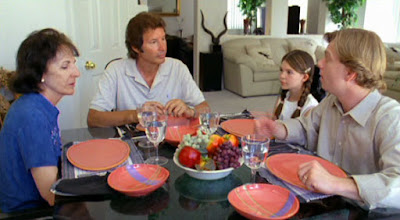 I've written about Neil Breen's work enthusiastically in the past, and I'm pleased to announce that I've now seen all three of his films currently in circulation ("Double Down", "Fateful Findings", and "I Am Here.... Now"). His new feature "Pass Thru" currently awaits distribution.

Of the three I've seen so far, I heartily proclaim "Fateful Findings" the champ. It just plain has the most to offer: a byzantine nest of subplots unravels further and further as the film rolls on. Check out the trailer:

"I Am Here.... Now" is pretty interesting conceptually, but it's also a little slow. Happy to have it under my belt, though, and I'll gladly continue to follow the career of this American auteur.

This year I've had the chance to work on two short films featured in the Twin Cities film festival Z-Fest. And as it turns out, both films-- Josh Stifter's whimsical animation "10 Things You'll Learn In The First Year Of Being A Dad" and Andrew Hunt's taut thriller "Personal Space"-- have garnered quite a few award nominations between them, including Best of Fest.

I've been especially honored to see Best Audio/ Sound Design nominations appear for both of the films; in fact, they constitute 50% of the nominations in that category.

Congrats to all the nominees! Regardless of how things shake out at the Best of Fest screening and awards gala on St. Paddy's Day, these projects have been a ton of fun to work on, and I hope they enjoy long lives out on the festival circuit.

Sound design for a short animation by Cable Hardin. I provided custom elements like original field recordings for the backgrounds and sped-up vocalizations for the bugs’ voices. Enjoy!